Metastasis or the spread of cancer from the primary site to other parts of the body is a silent killer in breast cancer, with 80% mortality rate for women with metastatic disease. Key questions that need to be dealt with include heterogeneity and a detailed understanding of the cells critical for actual metastatic establishment. Therapeutic targeting of metastasis requires a deeper understanding of the metastatic process and our work will directly address key challenges in the field.

Comprehending the cell intrinsic mechanisms that allow a tumour cell to survive, remain in a state of dormancy and then thrive in a hostile new environment of a distant metastatic organ is vital. In addition, analyzing the role of the extracellular environment in supporting metastatic cells is key to giving us a complete picture of the metastatic process. The hypothesis underpinning the work in my laboratory is that breast cancer cells form metastases utilizing a combination of cell autonomous ('intrinsic') programs and microenvironmental ('extrinsic') changes. This work has implications for conceptually understanding the critical molecules involved in the metastatic process and identifying its "Achilles' heel", which can be exploited for therapeutic purposes. 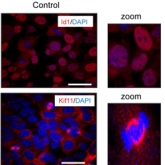 Defining the molecular mechanisms of metastasis

Description of the study

The main aim of this work is to delineate the key molecular players involved in the cell autonomous control of metastatic cells. We will use a 'pipeline' of technologies to make fundamental discoveries in breast cancer molecular etiology, and then test their relevance in sophisticated in vitro and in vivo models of human disease. 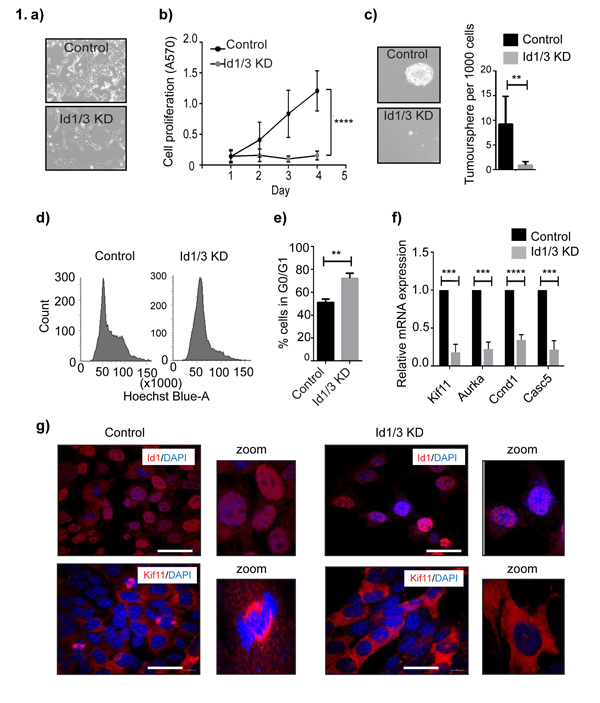 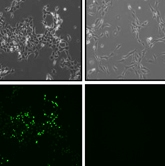 Description of the study 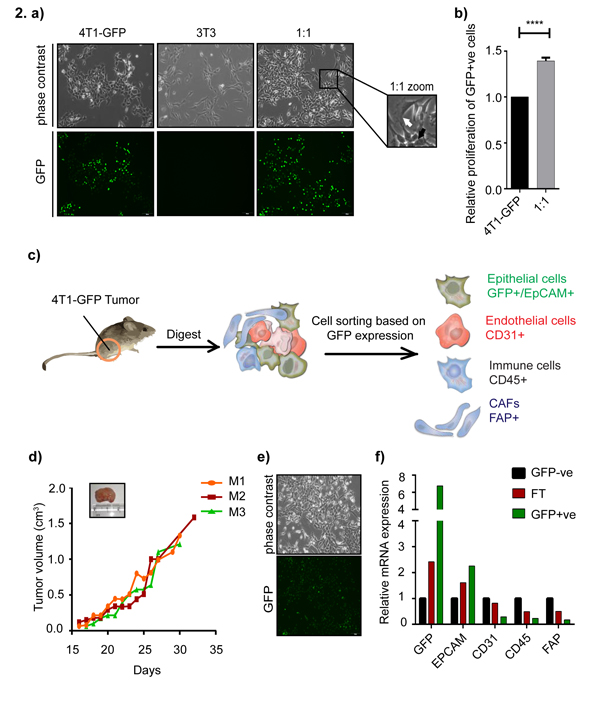 Fig.2 Understanding the tumor-microenvironment interaction (a) Direct co-culture of 4T1-GFP cells with 3T3 cells. 4T1-GFP tumor and 3T3fibroblasts were cultured alone as well as in 1:1 ratio for 48 hours. Phase contrast and fluorescence microscopy images (10x) showing the direct co-culture of 4T1-GFP and 3T3 cells. White arrow shows fibroblast cell and black arrow shows 4T1-GFP tumor cell. (b) Tumor and fibroblast cells were co-cultured for 48 hours and the relative increase in GFP+ve cells were analyzed using flow cytometry. (c) Schematic showing the isolation of epithelial and stromal cell populations from 4T1-GFP tumor based on GFP expression. The various stromal cell populations can be identified based on the expression of lineage markers. (d) Growth kinetics of 4T1-GFP tumors in vivo. 4T1-GFP cells were injected orthotopically into the mammary fat pad of 6 week old female Balb/c mice and tumor size were measured. (e) Phase contrast and fluorescence microscopy images (20x) showing a heterogenous mixture of tumor and stromal cells. (f) Validation of tumor epithelial and stromal fractions after sorting based on GFP expression. The expression of GFP and lineage specific markers were analyzed via qRT-PCR. Lineage markers used include EPCAM for the epithelial cell population, CD31 for the endothelial population, CD45 marks immune cells and FAP is used to identify fibroblasts.

This website belongs to Rajiv Gandhi Centre for Biotechnology (RGCB), Department of Biotechnology, Government of India.     ©2020 All Right Reserved by RGCB